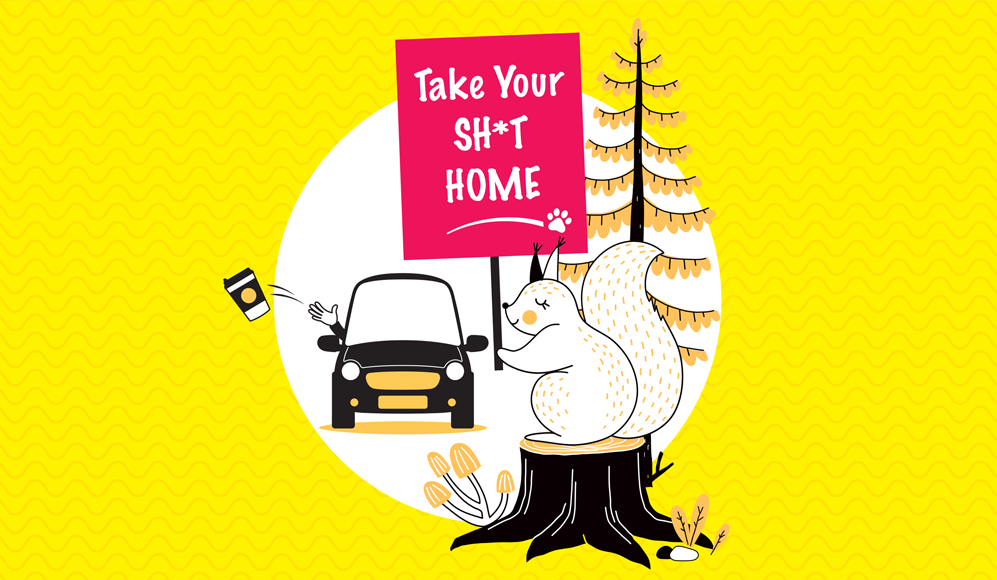 Client: Selby District Council
The Selby district is a predominantly rural area, criss-crossed with busy A-roads, dual carriageways and motorways. As a result, litter discarded from vehicles has become a big problem, spoiling the local countryside and having a negative impact on wildlife.
To help highlight this issue, Selby District Council challenged Inchpunch Design to create a campaign that would grab the public's attention and make them take notice.
Keen to avoid the usual traits and obvious messaging of other anti-littering campaigns, we decided a tongue in cheek approach would create the kind of impact we were after. The star of our "Angry Critters" concept is an adorable furry squirrel that has simply had enough of selfish humans throwing rubbish in its area. In fact, our little squirrel is so hacked off it has created a protest sign with a very blunt message for offenders - "Take your sh*t home!"

This cheeky yet humorous headline is supported by a more sobering and equally important message that offenders can be fined up to £150 if found guilty. The public are also encouraged to support our squirrel's cause by reporting any offence to Selby District Council via the QR code or their website. 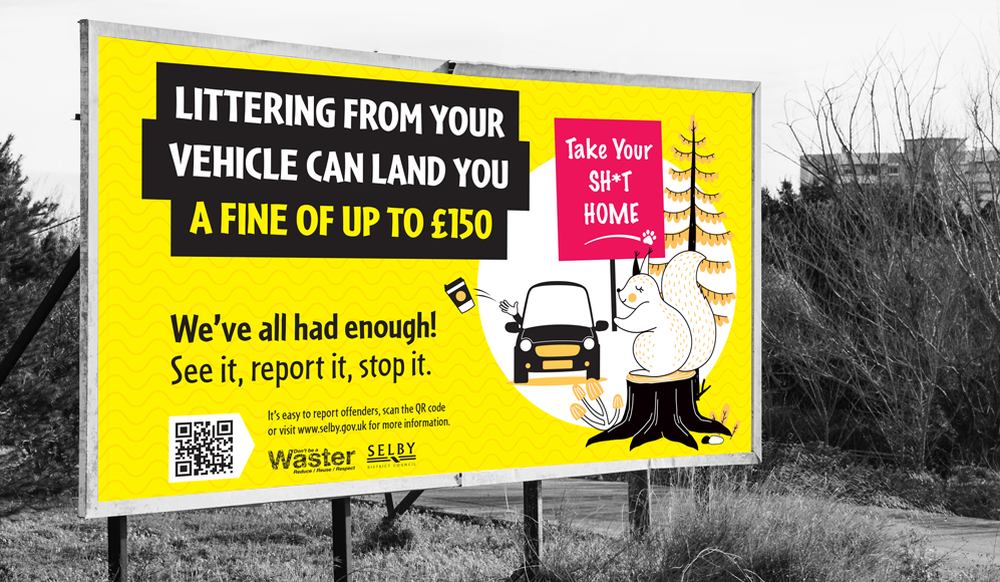 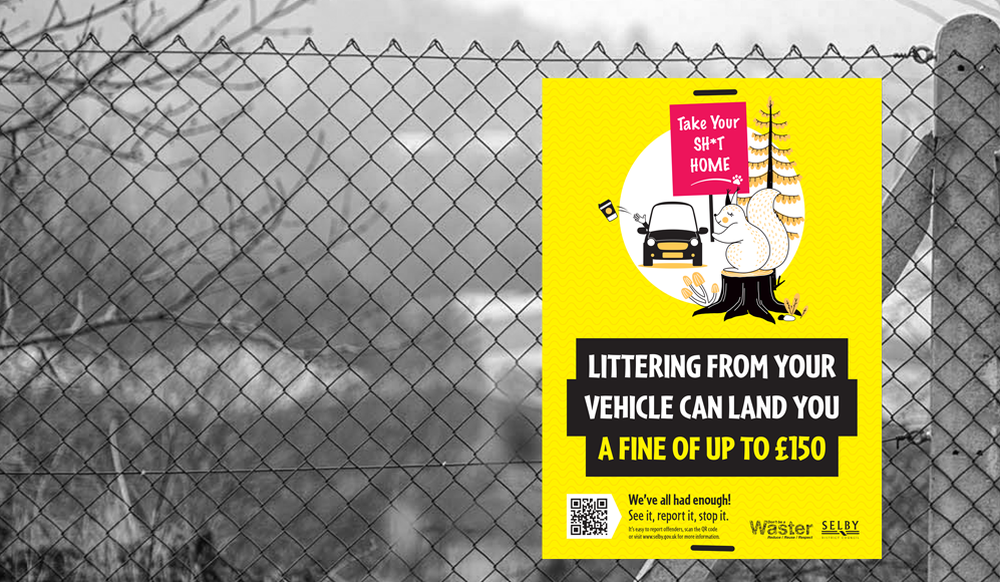 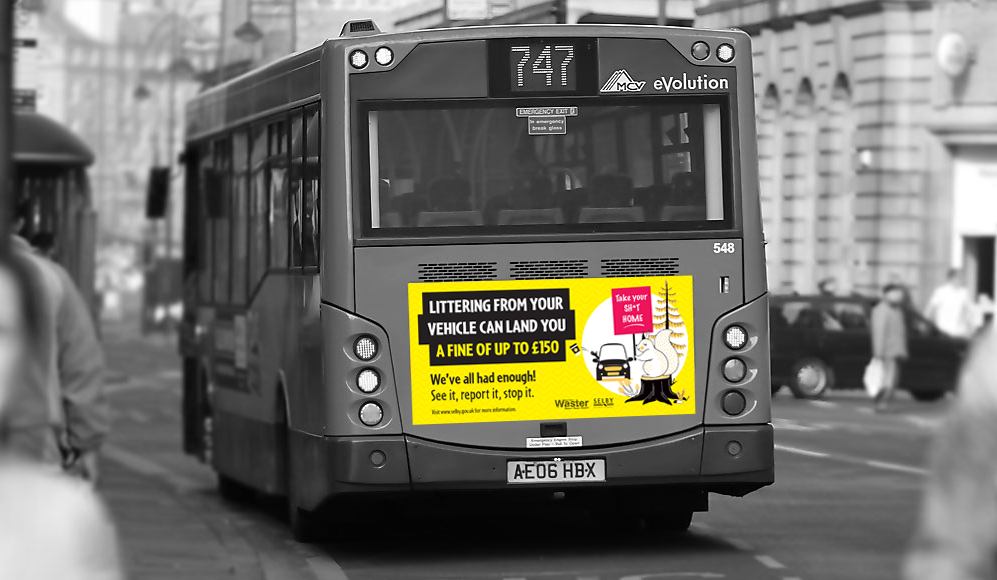 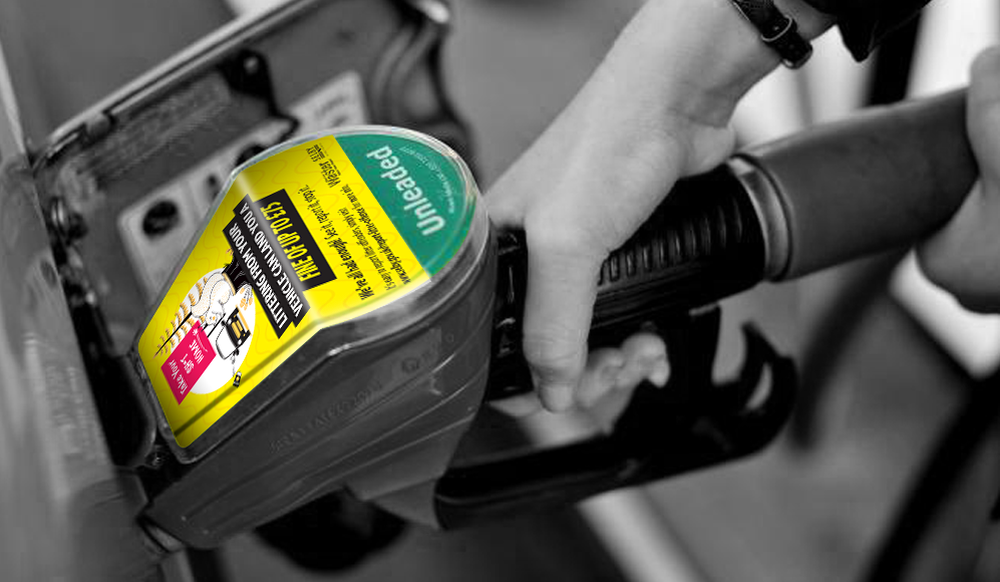 To support the rural based campaign we also created an urban variant for use in cities, town centres and villages. Inspired by our friend the squirrel, this rather grumpy bear has joined the vehicle anti-litter movement, delivering its own cheeky message to all litter throwing humans. A similar whimsical illustration style was used to bring our bear to life. 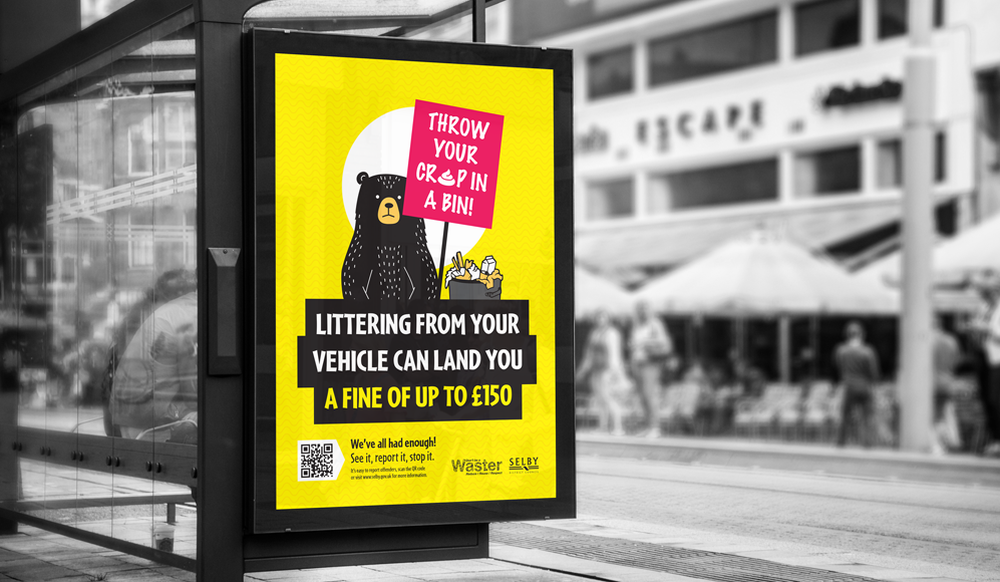 Note: The council's own research panel deemed the messaging too risky for public consumption and changed the offending words (sh*t & cr*p) for a series of litter shaped silhouettes before launching the campaign.
​We prefer the original concept and have chosen to display this version in our case study.

We have always loved Inchpunch's left field approach to our requests and this is no exception. It is a completely different to anything we have ever done before and all the better for it.