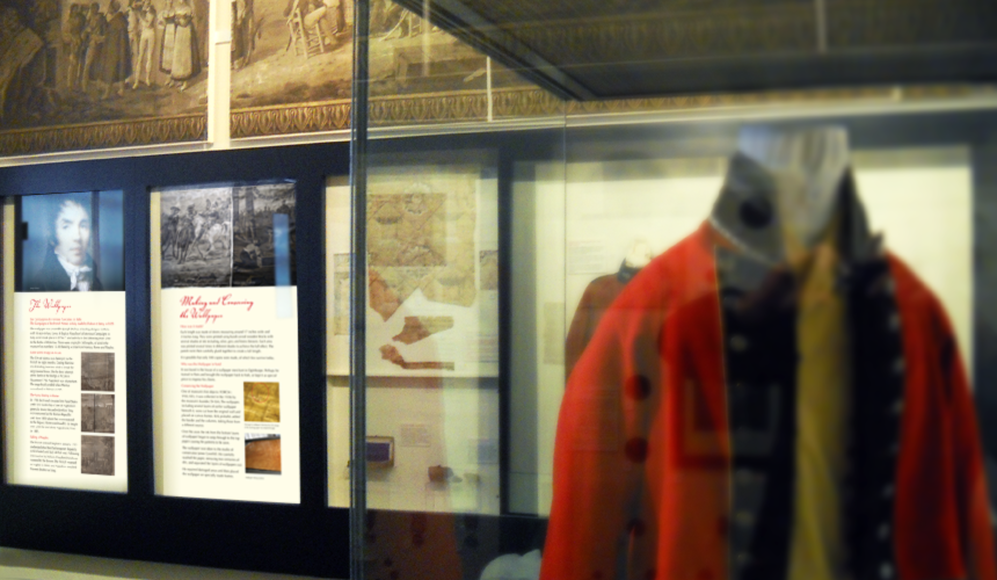 The Road to Waterloo Exhibition

Client: ​​York Museums Trust / York Castle Museum
To mark the 200th anniversary of the Battle of Waterloo, York Castle Museum engaged Inchpunch to create a special exhibition showcasing several unique exhibits including a recently discovered Napoleonic wallpaper from the 19th Century and a military jacket of a Yorkshire man who guarded Napoleon on his deathbed.
The Road to Waterloo exhibition space started life as an unused store room (and adjoining corridor) within York Castle Museum. Our first job was to paint the entire wall space a specific shade of cream which required colour matching from a supplied fabric sample. This colour would act as a neutral backdrop to the dark wood, bespoke display cases and existing grey woodwork.

Working closely with the Senior Curators and their team, we mapped out the location of key exhibition requirements and planned the best solution to deliver the fascinating history behind the objects on show. This included the huge 19th century Napoleonic wallpaper which would go on display for the first time in more than 40 years.

The majority of the exhibition information was conveyed across a series of eight large format wall mounted panels. Each panel focused on a different element of the exhibition "story" and were strategically placed near to referenced objects or exhibits.

As the exhibition space was located away from the main visitor flow route, we produced a huge 1.5 x 2.5m vinyl cut "The road to Waterloo" sign which was fitted at height and spot lit for additional prominence. The wall mounted TV displayed a series of short films about the exhibition and several of the objects on show. 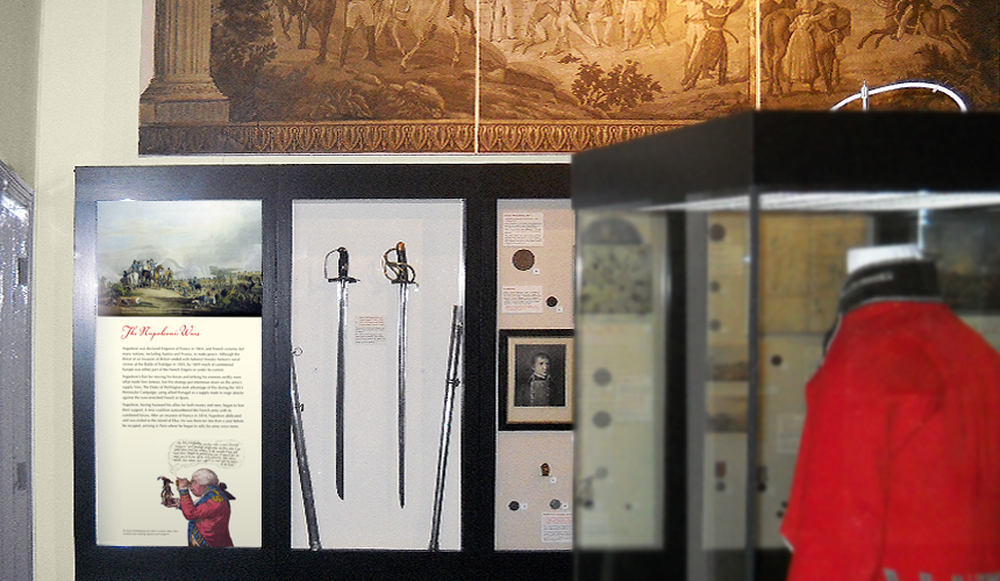 Inchpunch came highly recommended by several colleagues and I am happy to say they lived up to their reputation. Craig and the team proved to be a one stop shop for all aspects of the exhibition including the initial painting of the area, design of the interpretation panels, creation of the object labels, print production and installation. We were over the moon with the exhibition and it proved a very popular attraction amongst our visitors. I would be more than happy to recommend Inchpunch.