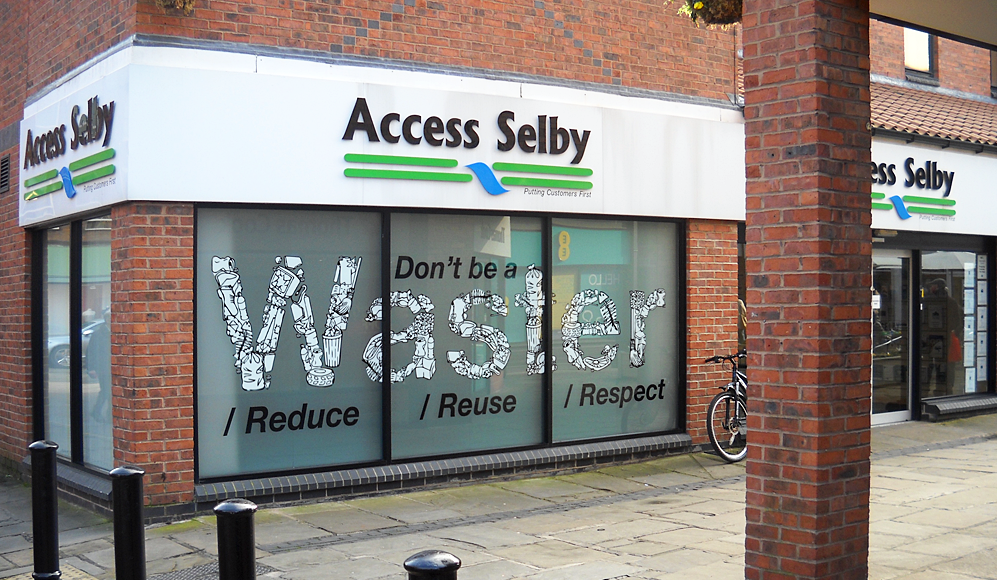 "Don't be a Waster" Window Graphics

​The ‘Don’t be a Waster’ campaign aims to encourage community pride and raise awareness of environment and street scene issues. It focuses on a different issue each month and in partnership with parish councils, community groups, schools and local businesses to see how they can tackle the issues together.​
Selby District Council approached Inchpunch Design to help create a logo (and subsequent marketing material) that would front the year long campaign of social media activity, funded projects and events. Our starting point for this brief was to develop a logo that could be understood / interpreted very quickly. To achieve this, two key factors had to be implemented. Firstly, the word “Waster” had to be the most prominent element in the logo and secondly (but equally as important), visually link this word to rubbish.
​
Our solution was to construct the “Waster” lettering from individual rubbish elements illustrated in a sketchy cartoon style. This style of illustration was specifically chosen so every piece of rubbish can be identified ie. bicycle wheel, tin can, broken TV, fish bones, plastic bottle etc.

To mark the launch of the campaign Selby Council wanted to display the new logo in the window of their town centre contact office. To make the logo as big and prominent as possible, we spanned all three 2000 x 1580mm window panes. The black elements were printed to clear vinyl first then the “Waster” illustrated text was backed up with spot white. A second layer of frost effect / etched vinyl was applied to the rear to complete the display. 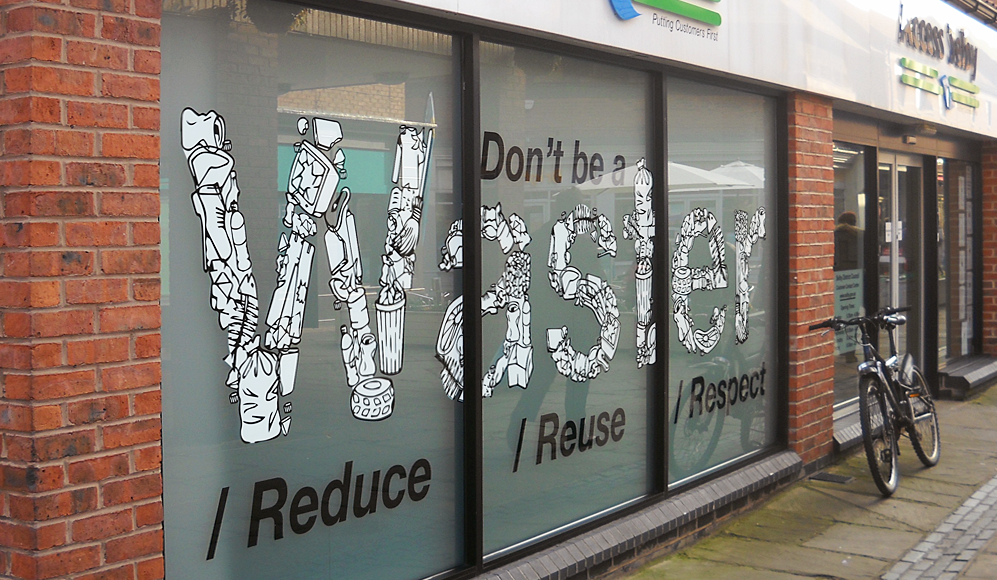 The "Waster" campaign is proving a monumental success and we thank Inchpunch for their design contribution. The logo has really captured the imagination of the community. Great work!