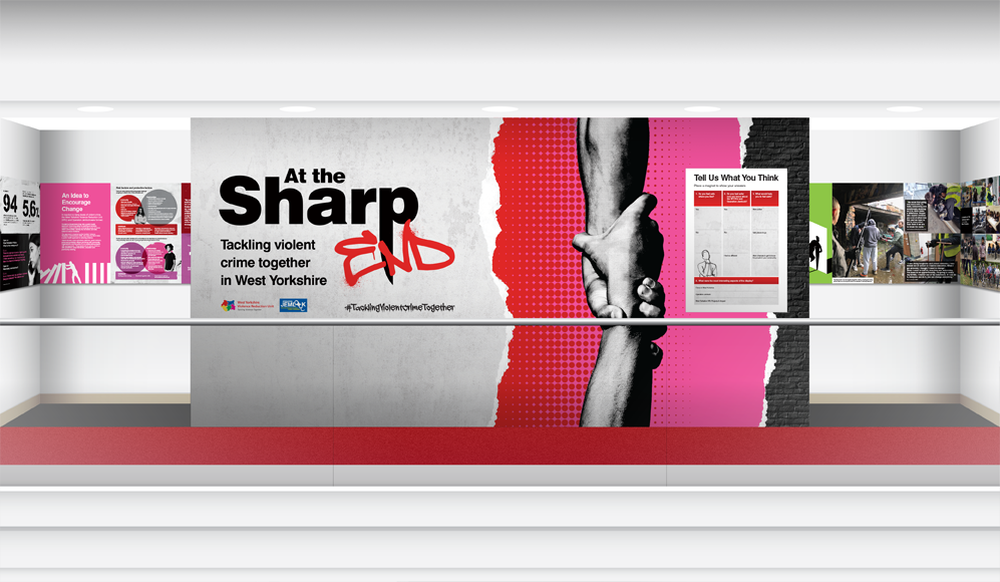 At the Sharp End Exhibition

For the visual direction of the exhibition, Inchpunch Design turned to the streets for inspiration and discovered the art of fly posters. The bright colours, bold typography and sheer attention grabbing nature of of this art style proved the perfect way to visually engage the visitor and deliver the important information and messages. In true fly posting fashion, all the individual posters were butted up together so we could show as many as possible in the available space. ​ 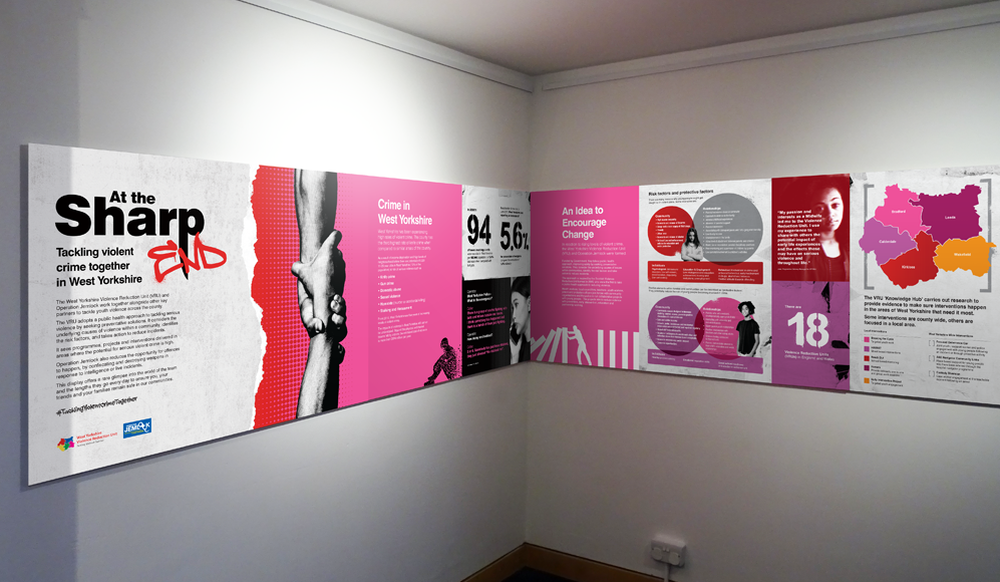 A continual feature throughout the graphics is the appearance of distressed and ripped paper. This symbolises the victims, offenders, family members and communities whose lives have all been effected or torn apart through the actions of violent crime.

The space is separated into three coloured zones, each with its own narrative. The first zone discusses the types of youth crime that is happening in West Yorkshire and the need to tackle it. The next zone introduces the VRU and explains how Operation Jemlock reduces instances of youth violence through prevention and intervention. The final zone is dedicated to the VRU projects and positive effect it is having on individuals and communities. 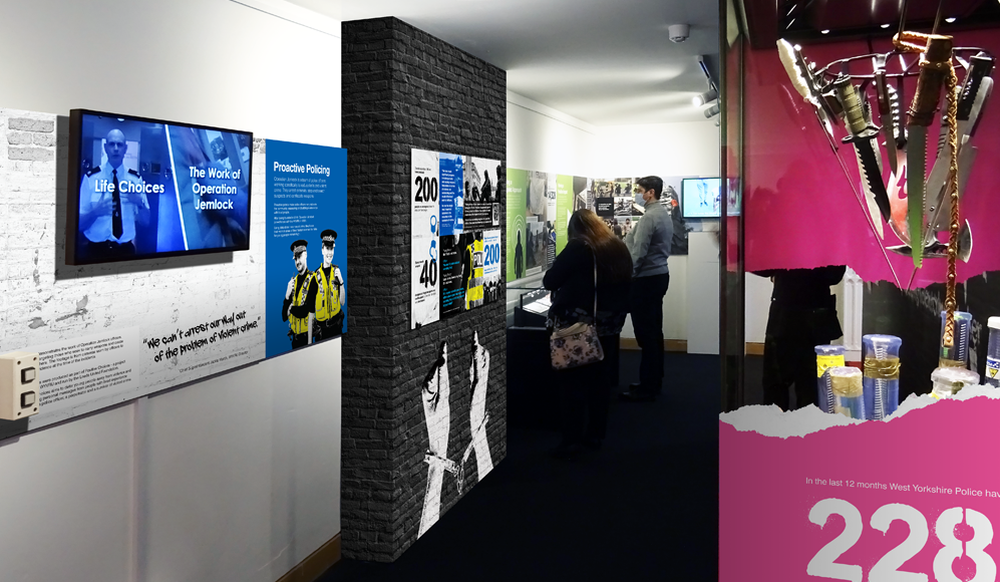 To break up the horizontal flow of posters, and add an authentic street feel, we created a floor to ceiling brick wall graphic complete with stencil graffiti art.

Part of this area also includes a large glass class displaying various bladed weapons that have been confiscated and removed from harms way. Vinyl graphics were applied to the three glass sides, partially obscuring the weapons so can be viewed in stages; Side one shows several weapons suspended freely from the case top (in the community). Moving clockwise around the case reveals side two which has a series of knives contained within police evidence tubes (seized) . The final side shows the knife handles only as the blades are hidden from the visitors sight (destroyed). 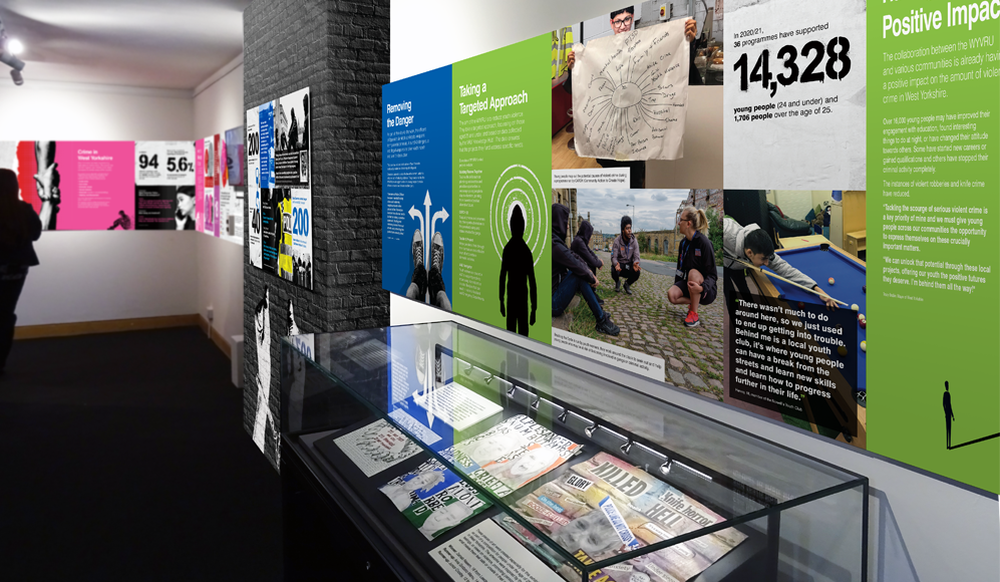 Young people from across the region have also taken part in a creative art competition on the subject of violence and how it affects them, with the winning pieces exhibited within the table top display. 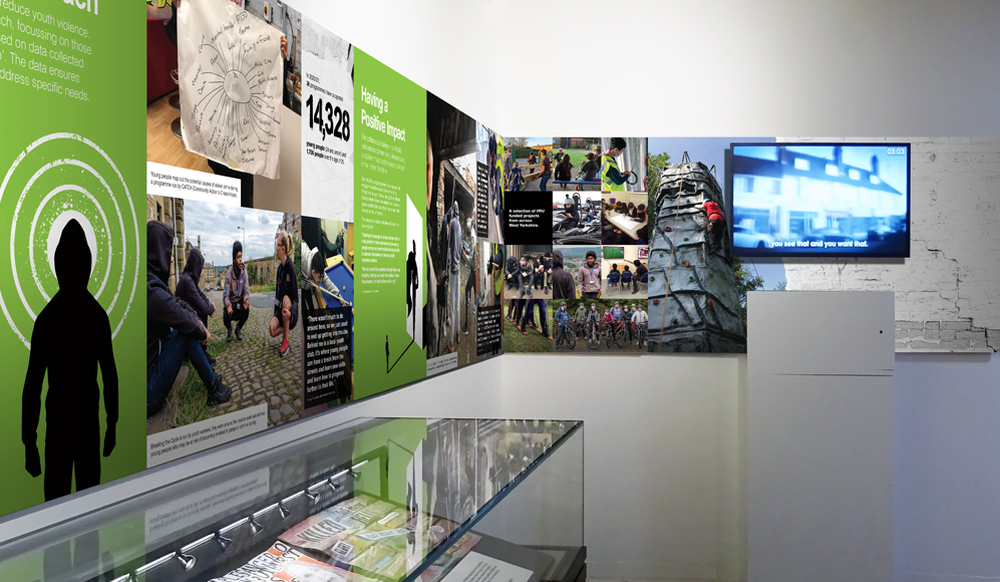 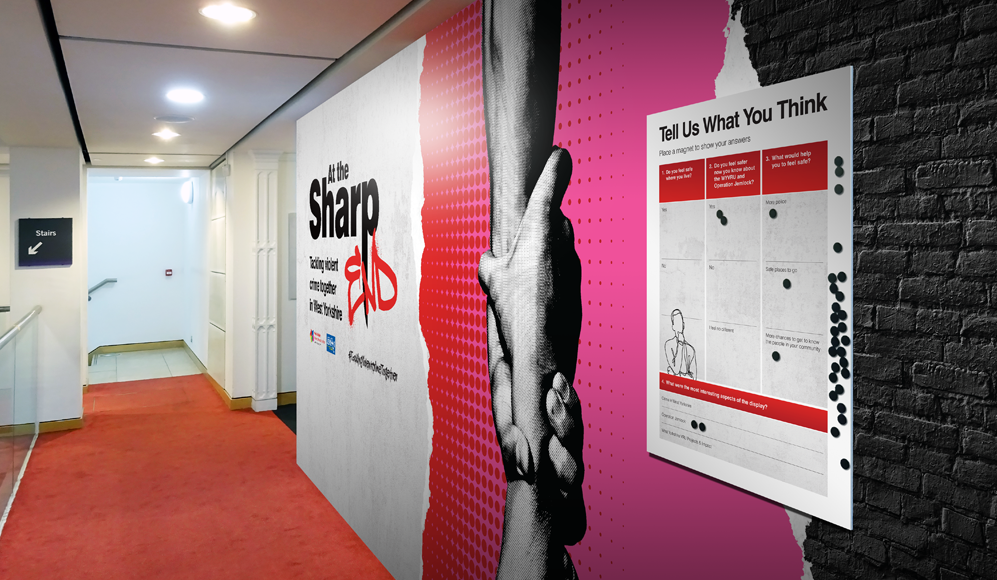 Thanks to the creative vision of Inchpunch Design, this exhibition will educate and engage with the public in a very positive way. We are extremely pleased to see this high-profile display launch.